This week, our guest writer, Flora, revisits a recent journey to the British Virgin Islands...

A Rum with a View

Steady trade winds, an island-flecked channel, sparkling waters and hundreds of protected salt-rimmed bays - the British Virgin Islands are a sailing fantasy land, comprising more than 60 unspoiled islands and cays. The Yacht Weekâ€™s base at Wickhamâ€™s Cay, Tortola, is the starting point for a week in the British Virgin Islands (BVI's). Tortola is the biggest island in terms of population and commerce. You will find a mash-up of guesthouses, mountain villas and beach-side resorts. There is plenty of food for thought, from traditional island dishes to fare served up in established islandersâ€™ gardens. It took a â€˜Painkillerâ€™, a local rum cocktail, or two to wind down and adjust to the pace of life after a long flight via Antigua. Sao was to be my floating home for the next two weeks, under the watchful eye of Rasta skipper Philmore. After a night in Tortola, we were keen to set sail and make the most of the morning breeze. Leaving the hustle and bustle of the island behind, we looked to the distant white sandy beaches of Peter Island. Deadmanâ€™s Bay makes an excellent day-anchorage, and a safe overnight haven providing there is no northern swell. The mile-long, crescent-shaped beach with towering coconut palms that overlooks Dead Chest and Salt Island is the quintessential Caribbean. The bay offers spectacular snorkelling, where you can glimpse Green Sea Turtles gliding through the glassy waters. After just one day, I had adjusted to the pace of the West Indies, aided by the beat of reggae and heady flavours of coconut rum. As a fairly cautious sailer, I was a little concerned when our engine cut out on the second day. A gusty wind and a nearby coral reef added to the excitement and I began to wonder which locker held the flares! It transpired that the fuel gauge was broken and the diesel had run out. Philmore seemed unfazed and amused, telling me, â€˜Thatâ€™s why you have sails, man, no worries!â€™ 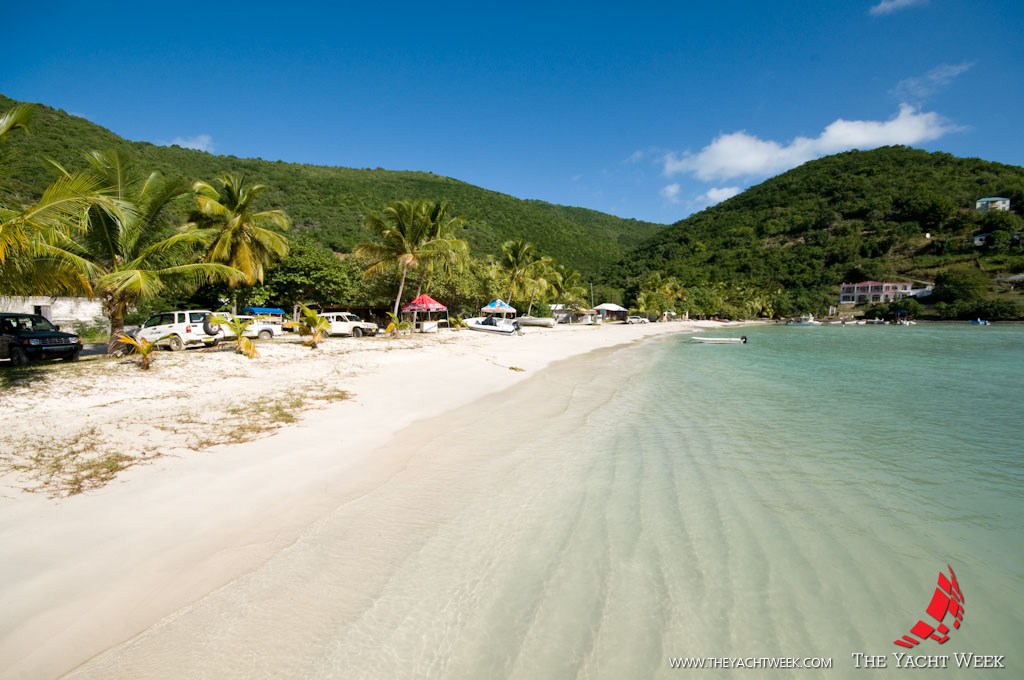 The next morning we made a short sail over to the yachtiesâ€™ favourite, Jost Van Dyke, a little island with a big personality. There, I spent most of the day diving off the yacht, swimming in crystal-clear waters and taking the dinghy ashore to explore the island. Although it is only four square miles, Jost Van Dykeâ€™s â€˜good-timeâ€™ reputation has spread globally. This is thanks to the islandâ€™s reggae main man, Foxy Callwood. With a beach for a street, which features the Stress Free Bar, home of the Painkiller, this is the essence of the BVI's. As one local said, â€˜When Main Street is still a beach, you know life is good!â€™ Most of the BVI's is a national park and therefore anchoring is prohibited in many of the bays in order to protect the reefs. Instead, a common site is mooring buoys, which can be rather amusing to pick up. The snorkelling sites are vast and varied. You can choose between dive sites, quiet caves or RMS Rhone, one of the Caribbeanâ€™s most famous wrecks. The wind picked up for our sail across to Norman Island. As the boat heeled, the crew scrambled to the right side of the hull, metres above the waves. The sensation of cutting through the water and the sound of the wind in the sails was thrilling. The BVIsâ€™ largest uninhabited land mass feels like a real pirate hang-out. It was supposedly the inspiration for Robert Louis Stevensonâ€™s Treasure Island and is the perfect spot to watch the world go by on deck with some sundowners. We then moved onwards to Willie Tâ€™s, a bar and restaurant on an old schooner, moored in the bay. All you need is some cash and a dinghy and you are ready to party. The atmosphere, location and â€˜Dark n' Stormyâ€™ rum cocktails make this a spot not to be missed. When the rum runs dry, be sure to board the right boat among 60 identical yachts moored in the bay! 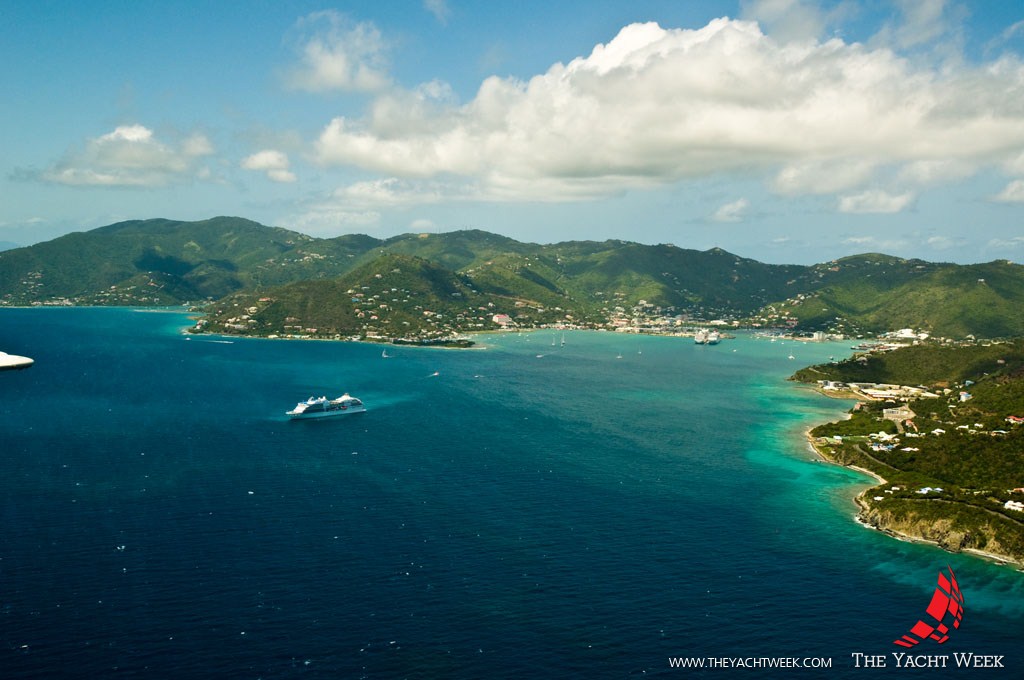 As my yacht week drew to an end, we strolled barefoot along the beach in search of one last â€˜BVI-Bushwhackerâ€™. I spot a t-shirt with the slogan, â€˜Sail fast, live slow.â€™ This is the essence of the BVI's and something I will definitely take back to my London lifestyle, albeit to my bossâ€™s disappointment! Bookings for the British Virgin Islands New Year and Spring Sailing events open tomorrow (Friday 27th April, 2012) at 9am GMT! [clearboth]